About Champawat in Uttarakhand

Champawat which is a city located in the eastern Kumaon Division at state of Uttarakhand. The region is bounded by Nepal region on east, Udham Singh Nagar district on south, Nainital district on west and Almora district on North West. The district is Champawat is the destiny of chand Rulers. They built lots temples and ancient monuments in their ancient capital Champawat. So these monuments are the greatest attractions for the tourist peoples now days. Baleshwar, Devidhura, Pancheshwar, Poornagiri temple are few such architectural building which built by the Chand Dynasty. The region has wide density of dark forests, which is a habitat center of millions of wild animals. Jim Corbett’s book, "Man Eaters of Kumaon" is merely related to the wild life that he sawed and experienced in Champawat. According to the Senses, Champawat is the second least populous region ion state of Uttarakhand. Tehsils: Barakot, Champawat, Lohaghat, Pati, and Purnagiri are the Major places of Champawat Officially the region Champawat was formed in 15 December 1997 by Mayawati. Till before it was the part of Uttar Pradesh. The region is blessed with the extravagance of nature beauty; the contemporary development didn’t much demolish the beauty of the region. The site Champawat is well connected by the roads with roads and world class hotels and resorts

Finest places to visit in Champawat

Devidhura- One of the best places to visit in Champawat, this area is commonly known as Varahi temple, were a culture heritage of Bagwal is commonly practiced on the day of Raksha Bandhan. The famous writer Jim Corbett's book 'Temple Tiger' is associated with Devidhura temples. This resulting more attraction of visitors to see this place
Nagnath temple – Worship place for lord Shiva, credited as one of the finest example ok Kumaon architecture

It is example to showcase the master craft, which is formed by one artisan. It is just 5 km away from the Champawat.

Baleshwar Temple – Worshipping God of Baleshwar Temple is lord Shiva. It is one of the famous works of chand rulers in terms of the work craft and its size. However there is no exact idea for archeologists when this built, so however they guessed, it might be built in between 10 - 12 century A.D.

One of the holiest places that located in the east region of Champawat, it also called as Kurmapad or Kandev.

One of the important worship places for the Sikh community which is approximately located around 72 km from Champawat. It is also believes that Guru Nanak, came here one back and evolved in the discussion with Gorakhpanthi Jogis Guru and his followers here arrived at the convergence of Lodhiya and Ratiya rivers, near Deyuri village.

This town is located 14 Km away from the Champawat. The area is blessed with beautiful river, lohawatri and skyscraper mountains

This beautiful location is located 92 kilometer away from Champawat and kilometer away from Tanakpur. Beautiful sunrise that arising from Poornagiri hills is the one of the best sight ever had. Majority this destination (Purnagiri Temple) is considered as the belief place of vast number of devotees, the festival season in Purnagiri Temple is majorly starts in the month of march-April Navratri season. The temple area is surrounded by the river kali, its islands, township of Tanakpur and various migrants villages.

It is 9 Km far from Champawat. The ashram has such a mind blowing atmosphere which attracts numerous spiritualists that from all over the world. During the visit of Swami Vivekanand in mayawati in 1868, he decided to shift his publication office “'Prabuddh Bharat'” from madras to mayavati ashram.

Abbot Mount- One among the best Himalayan peaks which gives you mind blowing charming experience.

Vanasur-Ka-Kila; This site is approximately 7 km away from Champawat, you can visit Vanasur-Ka-Kila fort which is built in the medieval times. The assassination of great emperor Banasur (Vanasur) was held over here. The river Lohawati is passes near through this fort.

The site Pancheshwar is 40 kilometer far from Champawat. It is a joining point of two rivers Kali and Saryu. The site which is exactly near to Nepal border, the site which is well famous for shiva temple, here the of Chaumu is worshipped as shield of animals.

The place is famous for Swami Vivekanand Ashram, which located on the banks of beautiful Shyamlatal Lake. It is approximately 56 kilometer away from Champawat, How to reach Champawat

By Air- Naini Saini,Pithoragarh is the nearest airport, which is 80 kilometer far from the destiny. Pantnagar, Udham Singh Nagar is the nearest operational airport

By Rail: Tanakpur is the nearest railway station which is exactly 75 kilometer far from the destiny 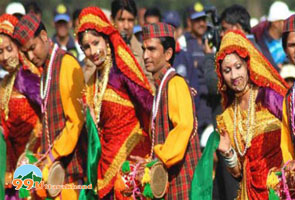 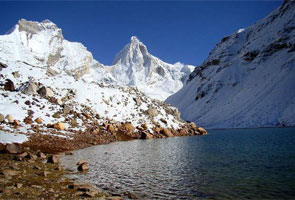 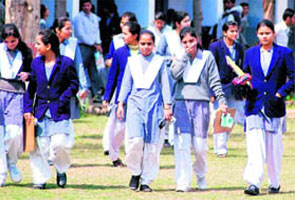